It started out innocent enough. A simple bet between friends. We would each play a game of CoD and whoever ended up higher on the scoreboard in the end could make the loser do whatever they wanted for a full day. When I lost I knew John wouldn't go easy on me and damn was I right. Upon winning he decided that he wanted some arm candy and had me take a pill that turned me into a woman for the day. Luckily for me the pill he got wasn't intended for sexual encounters so I got to keep my dick which made me a little more comfortable with the situation given that he wouldn't try to get into my pants. 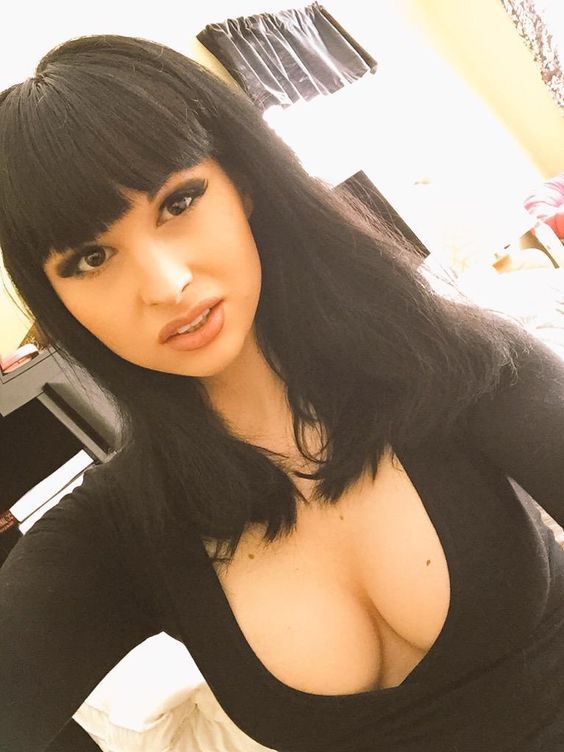 After a few short minutes this was the new me for the day. To be honest I was pretty upset when I first saw myself. I was pretty hot and honestly, I really just wanted to get into my own pants. If I was still a guy and saw this beautiful woman I would instantly go after her. In the end though, there was nothing to be done on that front. As such I started to get dressed which took quite a while. For one I was having to put on female clothes. More importantly however was my dick. I just, looked weird. I couldn't exactly place what was wrong with it. It was my dick after all, I had seen it my whole life. I tried to just push that aside explaining it away as only being because it was on an otherwise very feminine frame. As such I continued getting dressed but before too long my dick created another problem. I was super hard. Which would have been fine if it wasn't for the only choices of bottoms I had. The only panties my friend had left me to change into was a lacey thong and for 'pants' he left me a mini skirt and skinny jeans. The mini skirt was obviously not a choice as my dick just tented it out making it abundantly clear that, well, I had a dick. The jeans weren't quite as bad but it was still very obvious that I had a little something extra down there.

"What the hell Alex? Have you ever heard of knocking?"

"What, are you gay now? Have you always been?"

"I mean, I guess. If I'd had known you'd be this eager I may have gotten the full conversion pills."

I had never seen a man in this way. Though, to be honest, I didn't care about that right now. All I cared about was one thing. John's cock. As I wrapped my eager lips around his already stiff member my own shaft became unbearably hard. In response, I began jerking myself off to the thought of sucking and fucking my friend. I wanted nothing more. We never did end up going out. He never got his arm candy. What he did get was a little sissy slut who was willing to do just about anything if it meant having another go at his cock.

"Alright, show me your cock."

"I'm not asking you to fuck me... yet. Just whip it out so I can see if my sudden cock obsession was the pill or not."

As he revealed the thing that ruled my world yesterday I was both excited and a bit sad. I was intimately familiar with every facet of his delicious cock. I didn't want to lunge at him though. I wasn't getting hard. I remembered everything I had done to that cock. I remembered the taste, the texture, the way it tickled the back of my throat, everything. I remembered wanting nothing more than to wrap my lips around that throbbing rod and never let go. Yet, now there was nothing. I was happy to be back to normal, but, part of me just wanted to feel the way I had when I first saw him on his bed.

"Yeah, yeah, but uh, maybe we should invest in some more of those pills. Y'know, just in case."
Posted by SexyCaps at 12:42 AM