Awoken (An Image Trade with Karen) 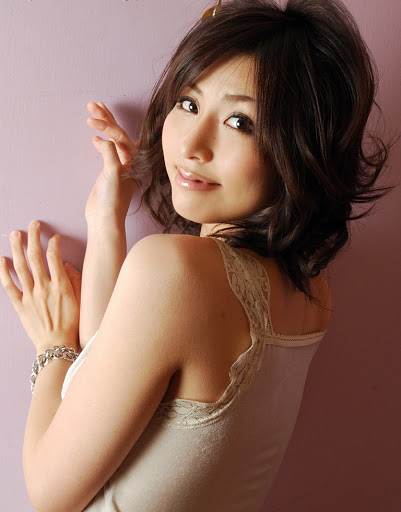 This is the first time I've seen clearly in a long time. Someone I used to call a friend or even a brother did this to me. I was your average teenage guy before all of this. Now? Now I'm little more than a slave. I haven't even had so much as one instance of free will. Before this I was 18, now I'm 23, I have spent five years of my life not even as the correct gender. The worst part of all though is that I'm still not in control. I haven't escaped his clutches yet. Even now, he's here. All I can do for now is act as if I don't know. Is my fake smile believable enough?

It has been a month since I woke up from my haze, with each day it becomes harder to remember who I was. With that in mind I've decided to chronicle my experiences as a woman, after all, it's all I have now. So, here goes nothing, or I guess, everything.

Five years ago I was turned into my so called friend's dream girl, to this day I'm not sure why or how he changed me. Over these past few years I have done things that I never would have dreamed of doing. Some were good, like the dates he used to take me on where he treated me like a woman. Some were bad, in this category lies all the times I'm been little more than a sex doll to be used by him. However, I cannot bring myself to hate these past years, it's as if I don't have the capacity to do so. To a degree, I enjoyed it. Every time he forced me to my knees or onto my back I should have felt disgusted or at least looking back now I should. I don't though, The pleasure I felt is so much that I cannot hate him, or what he's done.

Just as I finished writing this section he entered our room where I had been hiding away.

"It's good to finally see you again"

"What could you possibly mean? You saw me this morning silly."

"Yes, I did, I wasn't sure it was you though. Now I am. There's no use in continuing this charade."

"What gave me away?"

"Little things, for a month or so you hesitate on things that before she had no problem doing."

"Well, I'm sure you know exactly what I'm going to ask you."

"Of course, and I do have an answer."

"I sure hope it's a good one. I'm not sure you can explain this away."

He explained to me that five years ago he found that I wrote and read TG captions. Seeing that he thought that turning me into a woman would be a dream come true. He admitted that he was wrong seeing as it took so long for me to awaken. Apparently whatever he did (He tried explaining it but all I got was something about a magic rock) was made to replace me with my female form until my male side had accepted that I was a woman now. In theory, I should've awoken after only a few days. He apologized profusely claiming that he did really intend to help me. He then left me to think things through after explaining that he did not believe I could ever change back.

I was so mad, so immensely mad. Not at him though. I was mad at myself for being so careless as to have my little hobby discovered. The truth is, I had grown to love him, I've had many opportunities over this past month to leave but I didn't. At first I believed that I was not in control, but that was wrong, I was always in control. I didn't want to leave, not truly. With that in mind I stopped transcribing by little torture journal and I went to the man who had taken so much from me, but had also managed to give me so much more.
Posted by SexyCaps at 7:06 PM No comments:

A Collab Caption from Angel, Jess, and Karen :) 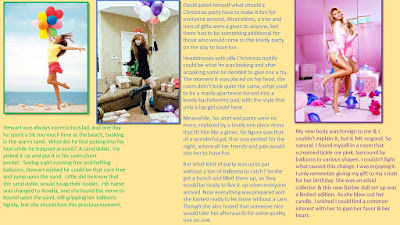